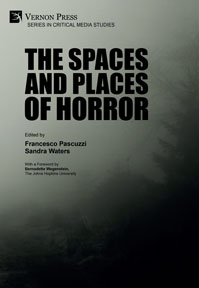 The Spaces and Places of Horror

Hardback
$ 64
Availability: In stock
also in E-book $ 99 , Paperback $ 56
currency displayed based on your location
(click here to change currency)

“The Spaces and Places of Horror” provides new theoretical insights into the horror film genre. This volume deeply enriches the scholarly literature on the genre, which has historically relied on its social and cultural ramifications, its depictions of sex and gender, or its highly structured modes of narration. Most importantly, this volume addresses a lacuna in the literature. Although there is a vast literature on the horror genre, its narrative mode, and its evolution across the decades, there are no comprehensive studies on the coding of space and place within the tradition of the genre alongside its cultural, political, and formal underpinnings. The first section of the volume, “Spaces,” considers different instances of tension between literal and abstract spaces: bodies and structures are often placed in antagonistic opposition. The second section, “Places,” examines geographical and geopolitical instances of horror as it pertains to a nation, city, political body, or confined location. The articles included in this volume present innovative theoretical findings. For instance, it proposes the concept that horror movies rely on the cinematic process of identification between audience and characters and the idea that binary oppositions and dramatic juxtapositions function in these texts to evoke fear and disembodiment.
This book will appeal to a sizable audience because this genre engages audiences like no other genre. From the classic novel to the latest slasher flick, horror films confront the innate fears and vulnerabilities of generations of readers and viewers across the centuries. The thrill and exhilaration generated by a terrifying story not only excite the senses but also raise important questions about safety, justice, suffering, and other human concerns. The growing interest in horror films is paired with the proliferation of theoretical work on this genre, and this book addresses a lack that will be of great relevance.


As someone who regularly teaches a class on the horror film, I can say that I found [it] to be especially useful insofar as they provide accounts of important recent trends and cycles within the horror genre, and as they revise our understanding of some of the key theoretical paradigms in horror studies.

This volume explores the complex horizon of landscapes in horror film culture to better understand the use that the genre makes of settings, locations, spaces, and places, be they physical, imagined, or altogether imaginary. In The Philosophy of Horror, Noël Carroll discusses the “geography” of horror as often situating the filmic genre in liminal spaces as a means to displace the narrative away from commonly accepted social structures: this use of space is meant to trigger the audience’s innate fear of the unknown. This notion recalls Freud’s theorization of the uncanny, as it is centered on recognizable locations outside of the Lacanian symbolic order. In some instances, a location may act as one of the describing characteristics of evil itself: In A Nightmare on Elm Street teenagers fall asleep only to be dragged from their bedrooms into Freddy Krueger’s labyrinthine lair, an inescapable boiler room that enhances Freddie’s powers and makes him invincible. In other scenarios, the action may take place in a distant, little-known country to isolate characters (Roth’s Hostel films), or as a way to mythicize the very origin of evil (Bava’s Black Sunday). Finally, anxieties related to the encroaching presence of technology in our lives may give rise to postmodern narratives of loneliness and disconnect at the crossing between virtual and real places: in Kurosawa’s Pulse, the internet acts as a gateway between the living and spirit worlds, creating an oneiric realm where the living vanish and ghosts move to replace them. This suggestive topic begs to be further investigated; this volume represents a crucial addition to the scholarship on horror film culture by adopting a transnational, comparative approach to the analysis of formal and narrative concerns specific to the genre by considering some of the most popular titles in horror film culture alongside lesser-known works for which this anthology represents the first piece of relevant scholarship.

Chapter 1 This is a Sacred Place (lessness): The Horrific Untetherings of Martyrs (2008)
Katherine A. Troyer
Trinity University

Chapter 12 The Haunt Found Them: The Layers of Performativity, Reality and Illusion in The Houses October Built
Madelon Hoedt
University of Huddersfield

Francesco Pascuzzi received a Ph.D. in Italian from Rutgers University. He currently teaches English Writing at Rutgers University as a full-time teaching instructor. He has presented and published on a variety of topics, from Visconti’s “Morte a Venezia” to the representation of reality in Cinema Novo and Neorealism. He is the editor of Dreamscapes in Italian Cinema, an anthology that examines the oneiric realm in Italian film culture, published in February 2015 by Fairleigh Dickinson University. His main field of research encompasses comparative and transnational studies between Italian and foreign cinema, and his current interests include modern and contemporary horror film, Hallyu and contemporary Korean cinema, Italian auteur film of the new millennium, and the portrayal of motherhood and family dynamics in Italian and world film culture.

Sandra Waters received her Ph.D. from Rutgers University with a dissertation on the figure of the narrator in the historical novel. She is currently the managing editor of the journal Italian Quarterly. Her research interests include gender, trauma, and film theory; the historical novel; the collective author; and horror. She has taught cinema and literature at Rutgers, The Colorado College, Texas Christian University, and the University of Arkansas at Fayetteville. Her recent publications include articles and chapters on Paolo Sorrentino, Luther Blissett and Wu Ming, Dario Argento’s Mother Trilogy, and Maria Rosa Cutrufelli’s La briganta. 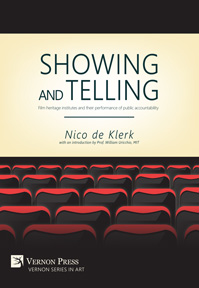 Showing and Telling: Film heritage institutes and their performance of public accountability 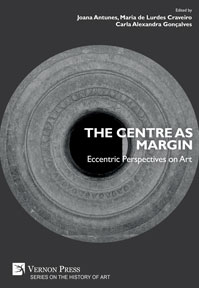 The Centre as Margin: Eccentric Perspectives on Art 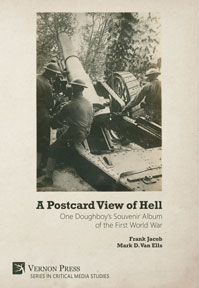 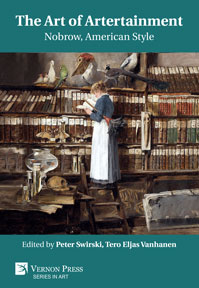 The Spaces and Places of Horror