We are pleased to announce the launch of our new book series on Sociology and on the History of Art.
Our first title in the Sociology series is Prof. Genarro Iorio's essay on the Sociology of Love offering a novel perspective on the analysis of social meaning and purpose. Prof. Iorio illustrates his argument with, among other things, a case study on peer-to-peer networks.
The first title in History of Art series is Richard S. Pooler's masterly analysis of the 'Treatise of Painting' by Leonardo Da Vinci. In Leonardo Da Vinci's Treatise of Painting, Richard S. Pooler combines existing knowledge with extensive primary research to trace the story, significance and subsequent impact of what has been rightfully described as 'the world's greatest treatise on painting'. 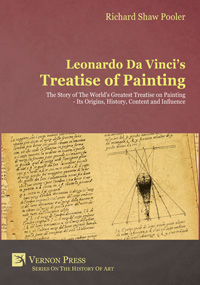 Page last updated on May 30th 2014. All information correct at the time, but subject to change.