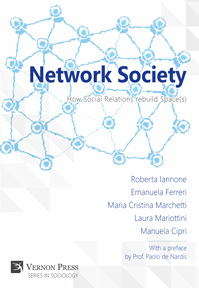 The present volume attempts to critically evaluate claims that modern society may be read and understood as a network. Accepting that this perspective holds some potential, the question becomes how to best capitalize on it. To analyze society as a network means to respond not only to the “actual needs”, but also to highlight the "opportunities" and the "utilities", and to investigate whether society is increasingly relational or just perceived as such, as e.g. digital "social networks" and related concepts exemplify.

From a strictly scientific perspective to answer the question "how to" read society as a network means to ask ourselves: a) if the conceptual categories (especially the concepts of structure and exchange) and the paradigms of traditional analysis (holism and individualism, both in the functionalist and the conflictive versions) are still sufficient; b) if new conceptual categories/theories/instruments are needed to represent more properly the reality we face: to investigate it, to explain it or, at least, to understand it.
Starting from a reflection on already established social networks (Scott, 2003), the fundamental differences between groups and networks (Vergati, 2008), the logics of networks (Serra, 2003) as well as social capital formation and links (Di Nicola, 2006; Mutti, 1998), we seize the spatial dynamics, seemingly following opposite paths, but which revert to a common denominator: de-spatialization and re-spatialization, namely the processes of dematerialization of space(s) and its reconstruction by specific relational dynamics and forms.
The study of networks is therefore not attributable to a single theory but to several theories converging towards a unique perspective (spaces) and logical reasoning (Serra, 2001) each one with its own uniqueness.

The strength of this volume and the difference with respect to other attempts at explaining the Network Society lies in the multidimensional and interrelated perspectives it offers emerging from converging multidisciplinary perspectives (sociological, anthropological and linguistic), and from applications that the Network Society provides, namely, international (European Governance), institutional, public (linguistic landscape of the city of Rome) and mediated ones (communication technology).

Network Society. What is it?
Roberta Iannone


Roberta Iannone is Associate Professor of General Sociology at the Department of Political Sciences of Sapienza, University of Rome. She achieved her PhD in “Sociology of culture and political processes” in 2005 at Sapienza, University of Rome. She is also Vice Director of Quarterly Journal of Science of Administration (FrancoAngeli). Since 2008 has been teaching General Sociology, Sociology of Classical thought and Sociology of economic and labour processes in several Italian Universities. At Sapienza University of Rome, she actually teaches General Sociology and Advanced course of Sociology. Her research activity mainly focusses on the analysis of social and cultural change, particularly referred to the problem of relationships and their role to construct modern society. During the last period, she was also interested in topics related to the network, the governance, the social capital and in digital divide, as a phenomenon of social exclusion in online and offline experience.

Emanuela Ferreri, graduated in Anthropology at the Sapienza University of Rome (1992), undertook further training in "Anthropology of Cultural Heritage" (1999) and obtained her P.h.D. in "History and formation of the socio-cultural processes of the modern age" at the Faculty of Political Science, Sociology and Communication (2012). She is lecturer in "Development Anthropology" and “Sociology”, and worked with various international agencies and institutes for research and cooperation (IPALMO, UNIMED, IMED, CESE, CNA) as a research and planning assistant and teacher-trainer.

Maria Cristina Marchetti is Associate Professor of Political Sociology at the Department of Political Sciences of Sapienza University of Rome. She earned her PhD in “Sociology of culture and political processes” in 1998 at Sapienza University of Rome. Since 2010 she has been teaching Political Sociology and Sociology of International Relations at the Department of Political Sciences. Her research activity mainly focused on the analysis of social and cultural change, particularly referred to social and political processes in a complex society. During the last years, she was interested in the European integration process, with a special attention to the role of mass media and civil society.

Laura Mariottini is Researcher of Spanish Language and Translation at the Department of Political Sciences of Sapienza University of Rome. She has a PhD in Synchronic, Diachronic and Applied Linguistics with specialization in Spanish Linguistics, obtained at the University of Roma Tre (Italy). Her research interests and outcomes are concentrated in three areas of the Spanish applied linguistics and sociolinguistics: 1. Interactional pragmatics. Conversation and discourse analysis. Focussing on (im)politeness and, more generally, on mitigation in Spanish interactions, she tried to expand this interest area crossing pragmatic studies with sociology/psychology and interaction analysis in order to draw on a different theoretical and methodological framework for the study of a variety of phenomena in the Use of Spanish. 2. Spanish for Specific Purposes. She investigated essentially the touristic and judicial contexts. 3. Latin American Migration. The final research area she is following concerns the study of Latin American migration. In the last five years she entered in partnership with various organizations and professionals with the objective of studying the phenomenon of social and individual identity construction.

Manuela Ciprì is Professor of English language and translation at Sapienza University of Rome. Titleholder of research funding by International Bodies and Organisations: Optimal International Research – Optimising professional translator training in a multilingual Europe (2010), European Commission. Since 2011 she is a member of the Eurolinguistix Association based in Pappenheim (Germany); since 2013 she is a member of the Scientific Advisory Board of Ass. I. Term. (Italian Terminology Association). Among her university researches, we mention the project 2014 on “How social relations redesign space” and her participation to the Commission of the Accademia della Crusca (2015) “Monitors of incipient neologisms”. Publications of particular note include studies on English Toponymy, for which she received an invitation to Edinburgh University. She has published numerous articles on translation, on the rhetoric of political discourse and on the study of affixes as a European linguistic resource; Language and power in the age of Internet. 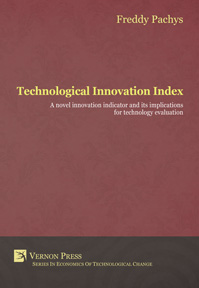 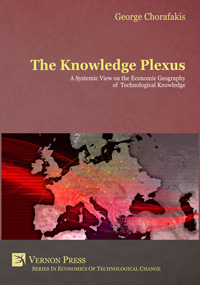 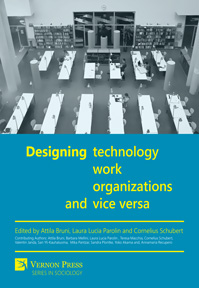 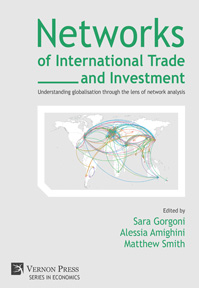