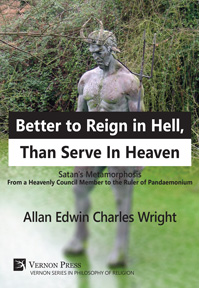 by Allan Wright (University of Alberta)

Hardback
$ 57
Availability: In stock
also in E-book $ 53 , Paperback $ 49
currency displayed based on your location
(click here to change currency)

"Wright's book adeptly surveys the character Satan in ancient literature converging upon the Christian reconstruction in the First to Third Centuries CE. The quality of Wright's scholarship shines when he applies Smith's analytical framework of "Here, There, Anywhere," to the conceptual category of Satan providing explanation and understanding to the re-scripting of the mythic character, Satan, in literature. This book is a perfect volume for someone simply interested in learning more about the development of Satan in literature or for a university-level class exploring character constructions in Christian literature. More than illuminating the construction and reconstruction of the mythic character, Satan, Wright's scholarly impact, through utilizing Smith, explains the reason why these reconstructions occurred. Thus, providing a fresh and original approach to this area of study. Wright's book lays the ground work for more in-depth studies on the character Satan within in specific cultural contexts, for instance, the Pauline reconstruction in a First Century Roman Corinthian cultural context."


"It is often assumed, both in popular understandings as well as in scholarly works, that the image of Satan has always been that of a universal malevolent deity. Allan Wright in his ground breaking book, Better to Reign in Hell, Than Serve In Heaven: Satan's Transition From a Heavenly Council Member to the Ruler of Pandaemonium, diverges from this common assumption and challenges often taken for granted views about the role of Satan in early Christian groups. Looking at a rich archive of texts from as early as the 1st century CE, while taking into account the broader social context in which those texts were written, Wright is able to demonstrate that the image of Satan went through a series of transformations. Furthermore, he is able to offer a plausible theory as to why, how, and by whom the image of Satan developed in the ways it did. Certainly, Wright’s book will be of great interest to a wide variety of audiences, and especially those who are interested in the development and identity formation of early Christian groups."


"Provocative and insightful, Allan Wright’s research is crucial reading for those researching Satan within the landscape of early Christian societies. Offering a comprehensive overview of ancient texts ranging in time and space from Babylon to Rome to Alexandria, Wright argues that the figure we think of today as Satan, as God’s singular and archetypical cosmic nemesis, did not coalesce until the latter part of antiquity, when the real world enemies of Christianity began to wane in power and influence. Scholars will find points of disagreement with his readings of this text or that, but such disagreements are inevitable with a work that commendably covers such a broad range of material and issues with concision. This book makes a noteworthy contribution to scholarship on the history of Christianity."


"In this learned and lucid volume, Allan Wright accomplishes something new: a critical, wide-ranging and colorful biography of Satan and his many transformations from his appearance in ancient near eastern literature to the fourth century of the Christian era. It turns out, Wright argues, that many previous biographers and historians of the Satan story did not get it right. The myth of Satan is much more complex than the dominant figure of popular and much scholarly discourse in which he figures as the ultimate evil deity. Not until late Christian antiquity was Satan imagined as the universal cosmic symbol of evil. Wright’s argument deserves to be read for its theoretical sophistication and its intricate elucidation of ancient myth-making."

In this monograph, I argue that Satan was not perceived as a universal malevolent deity, the embodiment of evil, or the “ruler of Pandemonium” within first century Christian literature or even within second and third century Christian discourses as some scholars have insisted. Instead, for early “Christian” authors, Satan represented a pejorative term used to describe terrestrial, tangible, and concrete social realities, perceived of as adversaries. To reach this conclusion, I explore the narrative character of Satan selectively within the Hebrew Bible, intertestamental literature, Mark, Matthew, Luke, Q, the Book of Revelation, the Nag Hammadi texts, and the Ante-Nicene fathers.
I argue that certain scholars’ such as Jeffrey Burton Russell, Miguel A. De La Torre, Albert Hernandez, Peter Stanford, Paul Carus, and Gerd Theissen, homogenized reconstructions of the “New Testament Satan” as the universalized incarnation of evil and that God’s absolute cosmic enemy is absent from early Christian orthodox literature, such as Mark, Matthew, Luke, Q, the Book of Revelation, and certain writings from the Ante-Nicene Fathers. Using Jonathan Z. Smith’s essay Here, There, and Anywhere, I suggest that the cosmic dualist approach to Satan as God’s absolute cosmic enemy resulted from the changing social topography of the early fourth century where Christian “insider” and “outsider” adversaries were diminishing. With these threats fading, early Christians universalized a perceived chaotic cosmic enemy, namely Satan, being influenced by the Gnostic demiurge, who disrupts God’s terrestrial and cosmic order. Therefore, Satan transitioned from a “here,” “insider,” and “there,” “outsider,” threat to a universal “anywhere” threat. This study could be employed as a characterization study, New Testament theory and application for classroom references or research purposes.

Chapter 1: Near Eastern Narratives which Influenced the Development of Satan.

Chapter 2: Satanic Figures within the Hebrew Bible and Intertestamental Literature

The Nag Hammadi Texts and the Demiurge
Ante-Nicene Fathers
Conclusion

I am currently a PhD candidate at the University of Alberta in the academic study of religion. I completed my undergraduate degree with High Honours and my Master’s degree at the University of Regina, both specializing in early Christian and New Testament studies. My main area of focus is early Christianity and theoretical studies. I have been teaching various religion classes (Ex. Introduction to Western Religions and Introduction to Eastern Religions) for the last four years. I have LAO attended and participated in various academic religion conferences. 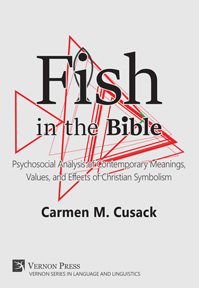 Fish in the Bible 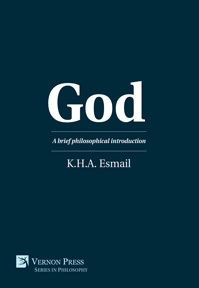