Institute of Cognitive Sciences and Technologies of the National Research Council, Italy

Francesco Tonucci has been a researcher at the Institute of Psychology, now the National Research Council's (CNR) Institute of Cognitive Sciences and Technologies (ISTC), in Rome, since 1966. Since 1991, as head of the international project “The city of children” he has dedicated himself to meeting with city administrators and training operatives involved in the project. From 1996 – 99 he was consultant for UNICEF Argentina for the project “la ciudad de los niños”, which was developed in several cities. He is an honorary professor of the Pontifical Catholic University of Lima (Peru) and has received honorary doctorates from the Universities of Santa Fe, La Plata and Cordoba in Argentina and Lerida and Oviedo in Spain. In 2019 he received the UNICEF Spanish Committee Award. He has devoted himself to the study of learning problems: first learning, child services, teacher training, science education and environmental education. Tonucci is a member of the editorial board of the journals European Journal of Psychology of Education, Investigation en la escuela, Confltti and Cooperazione educativa. Since 1968, using the pseudonym Frato, he has published satirical cartoons on educational issues. His cartoons have been published in various volumes translated into Castilian, Catalan, Galician, French and Portuguese. 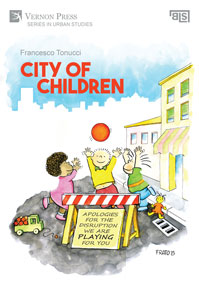