Thorstein Bunde Veblen (1857-1929) was an American economist and sociologist, notable for his contributions to institutional economics. Born in Cato, Wisconsin, of Norwegian-American parents, Veblen was educated in Carleton College, John Hopkins University and Yale University, graduating with a doctoral thesis on "Ethical Grounds of a Doctrine of Retribution". His contacts with philosophers, sociologists and other social scientists as much as with economists are reflected in the critical tone of his writing on economic issues and his witty description of capitalist economic and social structures. Following his academic appointment to the University of Chicago, he became an editor of the Journal of Political Economy and enjoyed widespread accolade for his books "The Theory of the Leisure Class" and "The Theory of Business Enterprise". His diverse writings are heavily influenced by the evolutionary turn apparent in much of social science at the time and seek social analogies of natural mechanisms of speciation, competition and selection. In contrast to the ideological divisions of his time, Veblen was disdainful of workers and entrepreneurs in equal measure, ascribing special role to functional knowledge and to engineers as a force for social innovation. 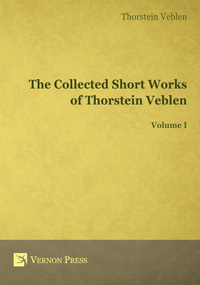 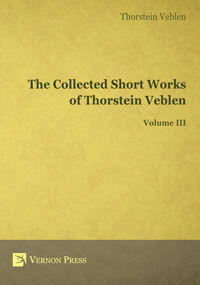