Paul Heritage is Professor of Drama and Performance at Queen Mary University of London and Artistic Director of the arts research centre People’s Palace Projects. As a producer he has worked with major UK arts institutions to bring leading Brazilian companies to British audiences, including Grupo Galpão at Shakespeare’s Globe Theatre, Grupo Piolin and AfroReggae to the Barbican Centre and Nós do Morro to the Royal Shakespeare Company in Stratford-upon-Avon. Heritage was also Executive Producer of Rio Occupation London, a major project within the London 2012 Festival and co-curated the Olympic and Paralympic Cultural Forum, in Rio de Janeiro as part of British Council’s Transform programme. In 2004 he was made a Knight of the Order of Rio Branco by the Brazilian government. 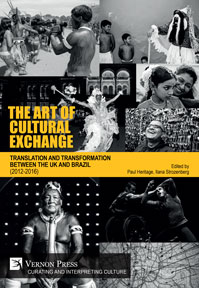